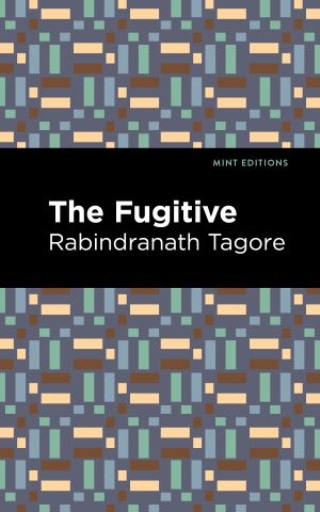 The Fugitive (1921) is a collection of poems by Rabindranath Tagore. Translated into English by Tagore after he received the 1913 Nobel Prize in Literature, The Fugitive is a powerful collection of poems, dialogues, and songs by a master of Indian literature. “Darkly you sweep on, Eternal Fugitive, round whose bodiless rush stagnant space frets into eddying bubbles of light. Is your heart lost to the Lover calling you across his immeasurable loneliness?” The Fugitive is an intoxicating blend of prose poetry, verse dialogue, and songs that investigates themes of faith, love, death, and friendship. Here, Tagore is at the height of his creative powers, providing brilliant original lyrics alongside adaptations from the Hindu epics and his own translations of traditional Bengali songs. Filled with visions of flight, words between lovers torn apart, and powerful evocations of the natural world, The Fugitive is one of his most original works. With a beautifully designed cover and professionally typeset manuscript, this edition of Rabindranath Tagore’s The Fugitive is a classic of Indian literature reimagined for modern readers.

Rabindranath Tagore (1861-1941) was an Indian poet, composer, philosopher, and painter from Bengal. Born to a prominent Brahmo Samaj family, Tagore was raised mostly by servants following his mother’s untimely death. His father, a leading philosopher and reformer, hosted countless artists and intellectuals at the family mansion in Calcutta, introducing his children to poets, philosophers, and musicians from a young age. Tagore avoided conventional education, instead reading voraciously and studying astronomy, science, Sanskrit, and classical Indian poetry. As a teenager, he began publishing poems and short stories in Bengali and Maithili. Following his father’s wish for him to become a barrister, Tagore read law for a brief period at University College London, where he soon turned to studying the works of Shakespeare and Thomas Browne. In 1883, Tagore returned to India to marry and manage his ancestral estates. During this time, Tagore published his Manasi (1890) poems and met the folk poet Gagan Harkara, with whom he would work to compose popular songs. In 1901, having written countless poems, plays, and short stories, Tagore founded an ashram, but his work as a spiritual leader was tragically disrupted by the deaths of his wife and two of their children, followed by his father’s death in 1905. In 1913, Tagore was awarded the Nobel Prize in Literature, making him the first lyricist and non-European to be awarded the distinction. Over the next several decades, Tagore wrote his influential novel The Home and the World (1916), toured dozens of countries, and advocated on behalf of Dalits and other oppressed peoples.