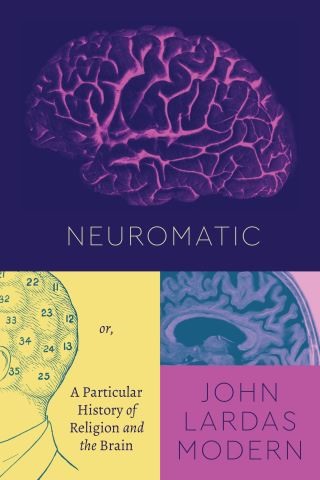 Or, A Particular History of Religion and the Brain

In Neuromatic, religious studies scholar John Lardas Modern offers a sprawling examination of the history of the cognitive revolution and current attempts to locate all that is human in the brain, including spirituality itself. Neuromatic is a wildly original take on the entangled histories of science and religion that lie behind our brain-laden present: from eighteenth-century revivals to the origins of neurology and mystic visions of mental piety in the nineteenth century; from cyberneticians, Scientologists, and parapsychologists in the twentieth century to contemporary claims to have discovered the neural correlates of religion.

What Modern reveals via this grand tour is that our ostensibly secular turn to the brain is bound up at every turn with the religion it discounts, ignores, or actively dismisses. In foregrounding the myths, ritual schemes, and cosmic concerns that have accompanied idealizations of neural networks and inquiries into their structure, Neuromatic takes the reader on a dazzling and disturbing ride through the history of our strange subservience to the brain.

John Lardas Modern: John Lardas Modern is professor of religious studies at Franklin & Marshall College. He is the author of The Bop Apocalypse: The Religious Visions of Kerouac, Ginsberg, and Burroughs and Secularism in Antebellum America, the latter also published by the University of Chicago Press.