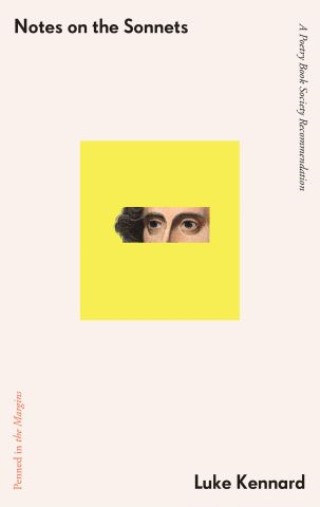 Notes on the Sonnets

A Poetry Book Society Recommendation Luke Kennard recasts Shakespeare's 154 sonnets as a series of anarchic prose poems set in the same joyless house party. A physicist explains dark matter in the kitchen. A crying man is consoled by a Sigmund Freud action figure. An out-of-hours doctor sells phials of dark red liquid from a briefcase. Someone takes out a guitar. Wry, insolent and self-eviscerating, Notes on the Sonnets riddles the Bard with the anxieties of the modern age, bringing Kennard’s affectionate critique to subjects as various as love, marriage, God, metaphysics and a sad horse. 'Luke Kennard has the uncanny genius of being able to stick a knife in your heart with such originality and verve that you start thinking “aren’t knives fascinating... and hearts, my god!” whilst everything slowly goes black.' - Caroline Bird

Luke Kennard: Luke Kennard has published five collections of poetry. He won an Eric Gregory Award in 2005 and was shortlisted for the Forward Prize for Best Collection in 2007. He lectures at the University of Birmingham. In 2014 he was selected by the Poetry Book Society as one of the Next Generation Poets. His debut novel, The Transition, was published in 2017 by Fourth Estate.