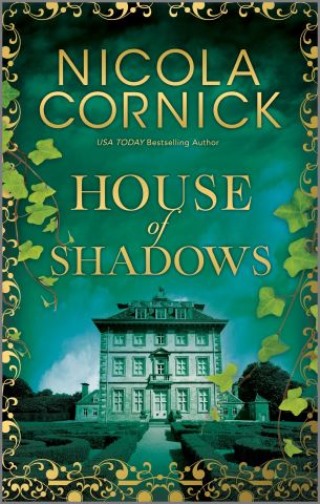 The wooded hills of Oxfordshire conceal the remains of the aptly named Ashdown House—a wasted pile of cinders and regret. Once home to the daughter of a king, Ashdown and its secrets will unite three women across four centuries in a tangle of intrigue, deceit and destiny…

In the winter of 1662, Elizabeth Stuart, the Winter Queen, is on her deathbed. She entrusts an ancient pearl, rumored to have magic power, to her faithful cavalier William Craven for safekeeping. In his grief, William orders the construction of Ashdown Estate in her memory and places the pearl at its center.

One hundred and fifty years later, notorious courtesan Lavinia Flyte hears the maids at Ashdown House whisper of a hidden treasure, and bears witness as her protector Lord Evershot—desperate to find it—burns the building to the ground.

Now in the present day, a battered mirror and the diary of a Regency courtesan are the only clues Holly Ansell has to finding her brother, who has gone missing researching the mystery of Elizabeth Stuart and her alleged affair with Lord Craven. As she retraces his footsteps, Holly’s quest will soon reveal the truth about Lavinia and compel her to confront the stunning revelation about the legacy of the Winter Queen.

Nicola Cornick: International bestselling author Nicola Cornick writes historical romance for HQN Books and time slip romance for MIRA UK. She became fascinated with history when she was a child, and spent hours poring over historical novels and watching costume drama. She studied history at university and wrote her master’s thesis on heroes. Nicola also acts as a historical advisor for television and radio. In her spare time she works as a guide in a 17th century mansion.