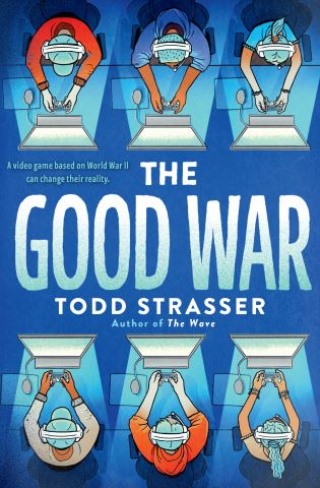 From the author of The Wave comes a poignant and timely novel about a group of seventh graders who are brought together—and then torn apart—by an afterschool club that plays a video game based on WW2.

Ms. Peterson is starting a video game club where the students will playing The Good War, a new game based on World War II.

They are divided into two teams: Axis and Allies, and they will be simulating a war they know nothing about yet. Only one team will win. But what starts out as friendly competition, takes an unexpected turn for the worst when an one player takes the game too far.

Can an afterschool club change the way the students see eachother...and how they see the world?


"By using a gaming lens to explore the students’ entrée to prejudice and radicalization, he succeeds in lending immediacy and accessibility to his cautionary tale."—Kirkus Reviews

Todd Strasser: In his past life, Todd Strasser has been a street musician, composer, reporter, and a fortune-cookie mogul. Now an author of books for teens and middle-graders, he has written more than 140 books, including the bestselling Help! I’m Trapped In series, The Wave, Give a Boy a Gun, and Can’t Get There from Here.