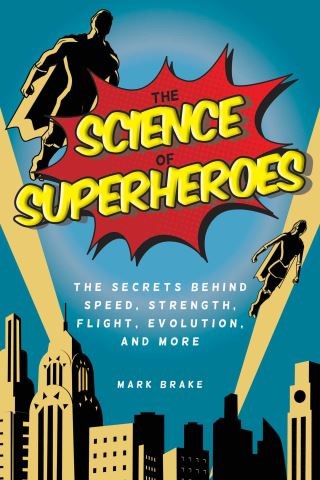 The Science of Superheroes

The Secrets Behind Speed, Strength, Flight, Evolution, and More

Discover the science behind the abilities of your favorite superheroes—the physics, chemistry, and biology of Superman, Iron Man, Captain Americam, Aquaman, Spiderman, Cyborg, and more!

The concept of the superhero has permeated our culture. They fascinate their fans with their incredible superhuman abilities and impressive technology. But do you ever wonder if any of it is plausible or rooted in fact?

Enter The Science of Superheroes, which address more than fifty topics that span the worlds of your favorite superheroes and villains. Explore and examine their amazing abilities and fantastic gadgets with a detailed scientific lens.

The scientific questions examined within this book include:

Whether you're a movie or comic buff, this book is certain to entertain and open your eyes to the truth behind these amazing characters.

Mark Brake: Mark Brake developed the world’s first science and science fiction degree in 1999. He also launched the world’s first astrobiology degree in 2005. He’s communicated science through film, television, print, and radio on five continents, including for NASA, Seattle’s Science Fiction Museum, the BBC, the Royal Institution, and Sky Movies. He was one of the founding members of NASA’s Astrobiology Institute Science Communication Group. He has written more than a dozen books, including Alien Life Imagined for Cambridge University Press in 2012. Mark also tours Europe with Science of Doctor Who, Science of Star Wars, and Science of Superheroes road shows.